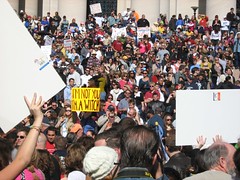 Perhaps one of the UK’s most famous anti-fracking protests was the Balcombe Drilling Protest. This happened in the western part of Sussex, right next to the village of Balcombe. It all began after the company Cuadrilla Resources had been given permission to the test drill and attempt to frack for shale gas and oil in the area.

Permission had been given to Cuardrilla from the local council even though the vast majority of the local villagers were against this move. This drilling began in earnest during the summer of 2013 and during this time the drilling equipment, supplies and vehicles began moving into the area.

To counter this move, protest group such as Frack Off, the Green Party and other anti-fracking groups began gathering in the area. They began by blocking the gates and entrances to the site so that the vehicles transporting the equipment could not reach their designated areas. However, there was also a strong police presence at the site and which soon began arresting protestors who were getting in the way of the vehicles. This lead to the eventual suspension of drilling during mid-August.

There was also a ‘No Dash For Gas/Reclaim The Power’ camp during this period of time where anti-fracking protestors gathered to raise money, share information, teach and then eventually march on the Balcombe drilling area. This included protests at the Cuadrilla drilling company’s headquarters and at its affiliate offices in London. Further protests were also made at the homes of the Conservative MPs of Balcombe – Lord Howell and Francis Maude. Protestors also continued to block the entrances to the sites at Balcombe and did so by locking themselves together using chains. However, many protestors were arrested during this action and this included the MP for the Green Party Caroline Lucas.

One of the major effects of the protests was that they managed to highlight and bring national attention to the anti-fracking movements in the UK. This helped to partially suspend shale gas exploration and highlight the environmental concerns of this new energy resource. In addition to this, the earthquakes in Lancashire that were caused by fracking also helped to shift the public opinion.

However, shale gas and oil exploration is still moving ahead in the UK, despite it being a volatile political issue thanks to the Balcombe Drilling Protest. The potential money and energy benefits that big businesses believe exist from shale gas currently outweighs the environmental concerns and public discord that they are facing.