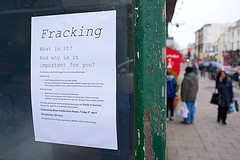 Benefits of Fracking – How it Helps the Modern Economy

Fracking (or hydraulic fracturing) refers to the process of extracting natural gas that is trapped in shale formations. The first step is drilling down as far as a few thousand feet to the sedimentary rocks. After the drill reaches about ten thousand feet, the rocks are drilled sideways for about a mile.

There are many benefits of fracking, which is why it is used instead of drilling. Shale gas is found trapped in the rock layers and it cannot flow in the well just by drilling. This is why producers use fracking, which involves pumping chemicals, sand, and water at high pressure into the fractures of rocks to cut them open. This makes the oil and gas flow out.

The Benefits of Fracking

Eco experts prefer the technology that does not pollute the environment. Since fracking allows the use of natural gas to create electricity, it slows down the global warming process. It also allows the country to meet their energy goals. Plus, it is cheaper to build natural gas plants, and they can be easily scaled to meet energy needs. Considering all these factors, natural gas can act as the backbone energy source in the near future.

Apart from the obvious benefits of fracking, there are also some observed positive effects. Fracking lets companies produce oil and gas at places where other conventional technologies have failed. Due to fracking, there have been massive supplies of oil and gas from huge shale deposits. These deposits can increase the energy security of the country. Not just that, they can also increase our ability to generate electricity, power vehicles, and heat homes for the current generation and the generations to come.

Fracking is also helpful for local economies as it generates loyalty payments to home owners, and jobs are created from shale gas companies. Some sectors that have been benefited by fracking are construction, hospitality, surveying, engineering, and environmental sciences.

Benefits of Fracking for Various Sectors

The benefits of fracking are not limited to big industries, but are also visible in common households. Having clean, reliable, and abundant supplies of domestic natural gas means more stable prices and affordable energy. Clean burning natural gas is important for manufacturing jobs, farming sector, households, and society in general. It also addresses environmental concerns as it has low carbon content. This means energy intensive industries can have economical energy sources, and they can offer more promising jobs, helping the economy.