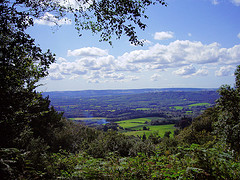 BGS Rules Out Chances of Finding Gas in Basin

The British Geological Survey has ruled out the possibility of finding shale gas in Weald Basin. Britain was hoping to emulate the shale gas revolution in the US by extracting even more quantities of gas and oil from its shale rocks. However, the long awaited BGS report concluded that the Weald Basin of Southern England doesn’t have any reserves of gas.

The British Energy Minister insisted that the government was neither happy nor disappointed at the findings. He chose to focus on another finding of the survey. In its study, BGS also said that the shale rocks in the area could hold 4.4 billion barrels of oil. However, only a small fraction of this can be recovered.

Meanwhile the government is planning to bring out a new legislation that will effectively bypass the law of trespass for work done more than 300 metres below the surface. Environmental activists have been using the landowners’ rights act to derail fracking projects in the area. The government hopes to get around this problem by enacting legislation that will award voluntary community payments of 20,000 pounds for each well drilled.

Fracking is a technique used to extract shale gas. The process involves deep digging. A mixture of sand, water, and chemicals is injected into the rock to create cracks in it. Through these cracks, gas and oil trapped inside the rocks will flow to the surface. The UK government was hoping that shale deposits in Weald Basin found in different parts of the country would have huge reserves of shale oil and gas.

Another report released by BGS last June concluded that the Bowland-Hodder shales in the north of England might have of deposits of 40 TCM of shale gas. Oil companies in Britain have been extracting conventional oil deposits in the Weald Basin since the Second World War. Currently, there are 13 wells.

By employing new methods like fracking, the UK will be able to extract more oil. However, BGS said that more drilling and research was required to accurately determine whether that 4.4 billion barrels figure is anywhere close to reality. Even then, only a small amount of that oil can be extracted.

Meanwhile, the country landowners lobby group, CLA accused the government of neglecting the interests of property owners. CLA said that the government plans were designed for frackers. Greenpeace has also voiced concern about the environmental impact of fracking.

However, Dan Lewis, the energy policy adviser at the Institute of Directors, feels that the government must act immediately to unleash the potential of the fracking industry. This, he said, wouldn’t be possible without conducting more explorations.