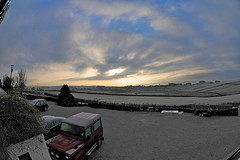 Why the UK Should extract gas from Bowland Shale Basin

To extract gas and oil from shale fields, a special technique called fracking is used. The United Kingdom has so far been reluctant to adopt fracking on a large scale because of environmental concerns. Yet by extracting oil and gas from the Bowland Shale fields, the UK can revive its economy and also reduce its carbon dioxide emissions.

There are mainly three arguments in favour of a green economy. It provides energy security, creates jobs, and protects the environment. Fracking scores better on all of them.

In UK, the offshore wind power may generate more than 10 percent of the total electricity produced in the country in 2020. This will also lead to a 5% reduction in CO2 emissions. But wind power is expensive. So if the United Kingdom adopts wind power, each year it will have to pay billions in subsidies to promote this technology, which is inherently inefficient.

Natural gas is ‘greener’ than coal. Electricity production in the UK and other parts of the world still depends on coal. Natural gas emits less CO2 than coal. It also emits less SO2, NOx, CO, mercury, black carbon, and CO. If the United Kingdom extracts enough Bowland shale gas and uses it within the country, it can reduce its air pollution dramatically. And by selling its surplus gas to other countries, it can reduce global CO2 emissions as well.

By tapping into its huge shale reserves at the Bowland basin, the UK can achieve total energy security. The Bowland shale deposits have enough gas to cover the entire gas consumption in the country for years to come. If UK manages to produce sizable quantities of shale gas and oil, energy prices will fall all over the world. It will benefit the countries that have little or no shale reserves. This will make the country richer as well, because it will not have to spend billions in subsidies. A richer nation is better poised to solve its problems than a poorer nation.

Advocates of a green economy have always maintained that when the country shifts its focus to renewable sources of energy like wind, there will be a surplus of jobs. However, economic researches have convincingly proved that subsidies might buy jobs, but they will have to be financed with additional taxes. And this additional tax burden may cost jobs elsewhere.