What is a Fracking Earthquake? 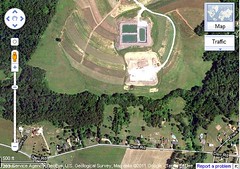 Newer studies have suggested that underground fluid injection, such as that used during fracking, can trigger earthquakes more commonly than was previously believed. In fracking, they force water, chemicals and sand into rock at high pressure, to fracture rock and free natural gas to flow more easily.

Researchers have believed for years that injecting fluids into the earth could trigger earthquakes. In 2006, for example, there was a series of earthquakes in Switzerland that was triggered by a site involved in geothermal energy. Fracking appears to be linked with the strongest Oklahoma quake in that state’s history, in 2011. In addition, over 180 small tremors in the state of Texas in 2008 and 2009 are believed to have been triggered by fracking.

Researchers don’t know why some fracking wells cause earthquakes and others don’t. To determine possible causes, a seismologist at the University of Texas’ Austin campus analyzed the seismic activity of the northern Texas Barnett Shale in 2009-2011, comparing the properties of those injection wells that are located near the epicenters of quakes. Mobile seismometers provided him with the information.

How often does a fracking earthquale occur?

This seismologist identified the exact epicenter for 67 Texas quakes with a magnitude of 3 or less, which is over eight times the number that had been reported by the National Earthquake Information Center. Most of the tremors were found to be within several miles of one injection well or more. This suggests that quakes triggered by injection drilling like fracking is more common than people originally thought.

One third of these small quakes were clustered into a series of eight regions. All of the fracking wells near the epicenters of quakes in these regions used higher than usual rates of fluid injection, which exceeded 17.6 million litres of water each month.

Oddly, however, there are over 100 wells in the same general area, with similar rates of injection, that did not trigger any tremors. It’s possible that the fracking wells only trigger tremors if the fluids reach nearby faults and relieve the friction within them.

Texas seismologists want to investigate more fluid injection fracking operations in areas other than those they have already studied. The sites to be studied would include Texas’ Ford Shale, North Dakota’s Bakken Shale or the U.S. East Coast’s Marcellus Shale. They feel that they can investigate whether the same type of tremors occur there, and whether or not the fluid volume injected into wells is responsible for quakes or tremors.