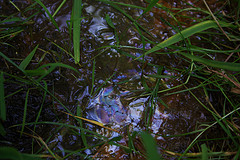 Fracking Water Contamination Is No Joke

Promoters of shale gas have projected it to be one of cheapest and most eco friendly energy sources. The biggest aspect to support this claim is provided by showing us its CO2 footprint. Compared to coal (one ton = approx. 2.86 tons of CO2), per unit of shale gas emits 45% less carbon energy. Thankfully, increased usage of gas as a substitution for coal has dropped the CO2 emission level in our atmosphere. The current levels are the lowest considering the data for the past 20 years.

Shale gas’ low emission of CO2 is fine, but its dreadful impact on water is quite alarming. Some scientists call shale gas the black hole of water. Hydraulic fracturing (aka fracking) is the technique used to obtain shale gas from the earth. This ‘fracking’ technique is responsible for massive pollution in water. To stop the fracking water contamination, in 2011, France banned hydraulic fracturing. Environmentalists in the UK have reported the diminishing of water resources.

How exactly does water get involved in the fracking process?

Fine sand and certain chemical substances are injected under high pressure, deep in the ground (wellbores). As a result, small crack and fractures develop in underground rock formations, releasing gas in water. Fracking utilizes water in large quantities; five million gallons per wellbore. To acquire water in such abundance, drilling rigs are based close to reservoirs.

Now, this fracking water contamination might not appear as a big or immediate threat to places closer to vast water bodies, but according to some scientists, drought-prone regions are soon going to face terrible consequences.

The solution provided by companies involved in the fracking industry

According to the companies engaged in fracking business to mine shale gas, the threat of fracking water contamination is unnecessarily blown out of proportion. They claim that once the gas is released, the water from the wells are pumped out and treated.

According to them, the treated water is then recycled back into the ground. There are scientists who do not agree with the companies’ responses. The first problem, pointed out by disagreeing scientists, is that there are reports of toxic water being disposed in a haphazard manner. Secondly, the problem is that the companies haven’t revealed what chemicals were injected in water for fracking. So, since the chemicals are unknown, there’s no way for all scientists to confirm that the recycled water is free from fracking water contamination.

Another concern is the process of chemical injection. The injection’s fluids might get mixed with the sources of clean drinking water. Some studies have provided evidences of shale gas contaminating groundwater.

Methane is one of the substances involved in the fracking water contamination issue. Presence of high level of methane in drinking water would make it highly flammable. Imagine how much it will contribute in situations related to house explosions. Possibility of health related hazards are far scarier.

Regulators and policy-makers need to take immediate action. One of the suggested ways is by increasing the cost of gas prices to match the long term costs of exploitation.