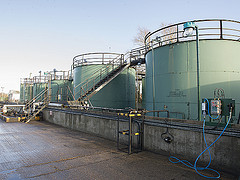 IGas Energy to Explore the Potential of Shale Reserves

One of the biggest oil and gas companies in the UK, IGas Energy, produces around 3000 barrels of gas and oil per day. The company runs more than 100 sites in the country.

IGas is a key player in the onshore energy industry in Britain. The company has been exploring and producing onshore gas and oil at their sites for well over 3 decades. IGas Energy employs over 170 people at their sites across the UK.

Today, IGas Energy owns the biggest number of gas and oil fields in the UK and helps the country tap into its gas reserves and deliver economic benefits.

IGas sites in the Weald Basin, East Midlands, and Southern England mainly produce hydrocarbons. The company produces more oil than gas. They extract gas and oil trapped in oil fields. IGas Energy already produces gas and oil from its onshore wells. They are also interested in exploring the potential of newer resources like shale gas. IGas intends to exploit the potential of these newer resources in areas where government licenses are available and where the local geology is suitable.

Britain does not produce enough gas or oil, and therefore the country has to depend on imports from foreign countries. However, a nation that depends on fossil fuel imports cannot claim to be self-sufficient in energy. Also the price of foreign imports can fluctuate due to a number of reasons. This leads to major variation in energy prices. Political instability in countries that export oil and gas can also lead to several problems in countries that depend on these imports.

IGas Energy believes that energy diversity is crucial to ensuring the stability and security of Britain in the 21st century. Thanks to the decline in the production of gas from the North Sea, the UK has been importing gas since 2004.

Recent advancements in technology helps unlock untapped energy sources that can make Britain an energy sufficient economy for several years to come. IGas already has enough experience in onshore oil exploration. The company is also committed to operational best practices that ensure safety. This makes it better positioned to explore newer resources and contribute to the development of the nation.

Scientists believe that Britain can safely extract oil and gas from its huge shale resources. According to the figures released by the Institute of Directors (IoD), Britain has got enough shale gas reserves to meet a third of the country’s annual gas needs.

Right now, IGas and other companies should appraise the potential of this new resource and discover how much shale gas can be safely extracted. Even if only 10% of the gas is extracted, it will still make a huge contribution to UK’s economy.