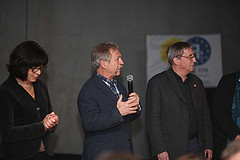 To explore new energy resources, Poland is rigorously working on projects to identify prospective reserves of unconventional hydrocarbons in the grounds of Europe. Poland’s primary focus is on the Lower Paleozoic gas shale, but it is also considering other unconventional resources such as Carboniferous sediments and Permian aged Rotliegendes sandstones. Soon, Poland is expected to introduce its own brand of Polish shale gas.

The extensive range of mining fields

Almost 11-12% (37,000 sq. km.) of Poland’s territory is marked as a concession area for exploration purposes. The so-called Polish shale gas belt will extend from Pomerania (north-eastern Poland), moving through Mazowsze and including Podlasie (central Poland), right up to Lubelszczyzna (south-eastern Poland).

According to certain geological reports, recoverable shale gas resources lie in the approximate range of 346-748 billion cubic meters (bcm). At present, Poland mainly depends on coal. The opportunity for increment in natural gas production has provided new hope for a Polish energy mix. This will also open the doors for the diversification of energy resources of Poland, much required for boosting its energy security. Hence, the production of Polish shale gas is welcomed by all the leading political parties of the country. The extensive mining project has wider public acceptance, too.

How did it all start?

During the years between 1960 and 1980, deep drilling activities were carried out in Poland. The Polish Geological Institute maintained the geological data for a long time. A few years back, some private consulting agencies accessed the publicly available data and provided the estimates for the first Polish shale gas resources of the Polish Lower Paleozoic sections. Then, around 2009, another agency contributed to the early estimates by revealing important information: The volume, of the recoverable resources for Polish shale gas (Lower Paleozoic strata), was 1400 bcm. In the same year, one more agency came forward and their estimate of the volume was 3000 bcm. There were comparisons of reports but the overall approximate volume figures laid the basis for optimistic and strong approaches.

The path from getting the volume estimates to initiating exploring reserves for Polish Shale gas wasn’t an easy one. Numerous discrepancies in the volumes of resources often dampened the Polish’s zeal. One such report was published in 2012. According to this report, the range of recoverable Polish shale gas was within 346-768 bcm. While some of the other reports floating around had given an estimate up to 1920 bcm. The report of 2012 was a surprise which no one was looking forward to. But even with the range of 346-768 bcm, the unconventional gas resources could provide gas for almost 65 years. These volumes were still 2 to 5 times more than what was available from the conventional gas reservoirs.

U.S. geological specialists have also offered cooperation for the analysis of possible production rates. Factors such as similar geological features of American shale plays and Polish shale plays were taken into account.

Another report from Poland’s geological institute is expected in 2014, after the drilling of 100 new wells is completed in Poland.