Shale Gas Blackpool – what really happened with the earthquake? 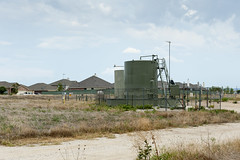 The practice of fracking to obtain shale gas hit a setback, after small earth tremors in Blackpool, UK were determined to have likely been caused by the fracturing process. An independent panel has been commissioned and has determined that fracking needs a new system in place to detect any warnings the rock gives of possible tremors.

Some green campaigners call for the practice of fracking to be banned, since the tremors of last spring were confirmed to be caused by the drilling operations of Cuadrilla. The company admitted they were to blame for the two small quakes.

In the fracking process, water, chemicals and sand are injected at high pressure into shale beds, to release natural shale gas reserves. It is believed that it will be an economically positive move to drill in this manner, since Britain is said to hold significant reserves of shale oil gas.

The pull from environmentalists is based on the problems that are associated with fracking. These include groundwater contamination, earthquake risk and possible air pollution from methane gas released by the fracking process. It is not believed that a fracking-caused earthquake would be large enough to cause any serious damage.

The new safety provisions proposed for fracking in Britain are more restrictive than most anywhere else in the world. They include installing monitoring systems that could tell the magnitude and location of minor tremors, which may raise the chances of larger quakes to follow.

The new system would call any seismic zones “red light” areas, meaning no fracking would be allowed. The Blackpool tremors were the first to be felt since the fracking process had begun in Britain, and many people do not believe there is any real danger of a serious quake.

Britain’s largest shale gas reserves include one band that runs from Humberside to Lancashire in the Peninnes, along with other deposits in Kent, Sussex, Hampshire, Northern Ireland, Central Scotland and South Wales.

Under the plans that have been outlined, it is believed that hydraulic fracturing could be allowed to continue. But Friends of the Earth campaigners state that all environmental impacts should be studied before fracking continues, including its effects on groundwater and air pollution.

Although it is not believed that fracking will lead to sizable earthquakes, the Department of Energy and Climate Change believes that there must be more robust measures in place that will ensure that seismic risks in the future are minimised. They state that this applies not only to the Blackpool area, but to the whole of the UK.