Shale Gas Reserves – How much is there in the UK? 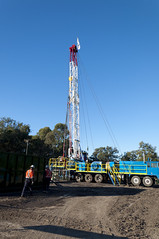 Some experts predict that if onshore and offshore reserves of shale oil in Britain meet or exceed their estimates, the country could actually go beyond being energy self-sufficient. The issue is the fact that only a maximum of 20% of these reserves will likely be recovered. Even with only that potential of recoverable shale gas, Britain could still be self-sufficient.

Britain is believed to possess enough shale gas offshore that it would place the country into the top of the rankings of global shale gas producers. The production costs still are high, but it is felt that newer technologies, discovered in the United States, will make fracking for reserves a project that is commercially viable.

Reserves of UK offshore shale gas may eventually exceed 1,000 trillion cubic feet, which compares to the current gas consumption in the UK of 3.5 tcf each year. Even reserves near 200 tcf will put Britain among the top tier of countries with the most reserves. 1,000 tcf would lead Britain into the same grouping as Argentina, the United States and China, which are the current top dogs in shale gas potential.

Where in the UK will the shale gas reserves be?

It’s believed that there will be much more shale oil and gas reserves offshore as compared to onshore, according to Nigel Smith. He is a geophysicist at the British Geological Survey and a subsurface geologist. He goes so far as to say that their reserves offshore may even be five or 10 times higher than the onshore reserves.

Britain has a long established gas and oil sector in the North Sea, which places it well for developing more offshore drilling. The country was a pioneer when it came to North Sea conventional gas and oil technology, and it’s expected that this could also happen with unconventional technologies. It’s helpful that information about offshore geology is actually superior to the data of onshore reserves.

A Parliamentary committee has stated that they recommend continued development of shale gas extraction offshore. Tax breaks for that sector have also been explored. The figures of reserves are large enough that researchers are focusing on determining how much they can retrieve, in a manner that is acceptable to the environment. The technologies in Europe have not kept pace with those of North America, but other areas, including Britain, are catching up.

Geologists at some of the leading energy development companies are optimistic about Europe’s potential reserves, including those of Britain. Drilling offshore would avoid many regulatory and legal challenges that the fracking industry is currently facing in Europe. The government of the UK and the shale oil and gas industry hope that the scale of reserves available offshore will reduce the overhead costs involved in drilling offshore, to a point where drilling there is more feasible.