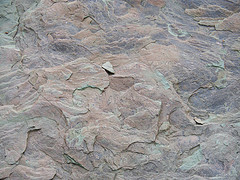 Shale Rock and Its Potential to Revive the Economy

The term shale gas is used to refer to natural gas trapped inside the shale rock. Shale is the formation of sedimentary rocks. They are rich sources of natural gas and petroleum. The Shale rock is formed when sediments accumulate on the surface of earth and within water bodies. Common examples of sedimentary rocks are limestone, sandstone and shale.

While shale rock has huge reserves of gas, previously existing technologies were incapable of extracting them economically. However, modern techniques like hydraulic fracturing and horizontal drilling have made shale gas extraction more economical. In recent times, the production of gas and oil from shale rock has revived the US economy.

What Are the Marcellus and Utica Plays?

These are geological formations formed by accumulation of sediments in the sea. These formations lay buried for thousands of years. Eventually they compressed to form black shale rock rich in gas and petroleum.

The Marcellus shale formation is as old as the Devonian period. Starting at the base of the Catskills in New York, it stretches toward Marcellus. The Utica shale formation underlies parts of Ohio, Kentucky, Pennsylvania, New York, Maryland, and West Virginia. Just like the Marcellus, the Utica Shale is also deeper on the south-east part of the formation.

The potential of Marcellus and Utica Shale formations

America’s energy requirements are growing by the day. It is not clear how much of that demand can be met by natural gas. However, one thing is certain. In the coming years, Marcellus and Utica will be the key suppliers of domestic natural gas. The economic conditions present in the country have a major impact on the energy industry. The energy industry generates jobs and is known to pay higher wages. By extracting gas from shale rock, the country can also reduce its dependence on natural gas imports.

The natural gas industry works in 3 phases – pre-drilling, drilling, and production. Up to 98% jobs in the energy industry are generated during the first two phases. Nobody knows for certain how long the drilling process will last when gas exploration begins at Marcellus and Utica. However, estimates show that it could range between 10 and 70 years. Different drilling scenarios are also possible. One possible scenario involves relatively quick drilling activity that loses momentum when drilling moves from one location to another. If the economic conditions are favourable, we may witness high-intensity drilling. Another possibility is moderate drilling that lasts for decades. The direct workforce requirement will be different in each scenario and hence it is hard to predict opportunities for business development. One thing is certain in the present scenario – the oil and gas industry will possibly reduce the foreign supply intake of natural gas, and become more self sufficient.