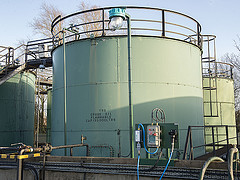 Will Shale Oil Extraction Ensure The Energy Security Of the UK

Shale oil and gas are naturally occurring oil and gas reserves found within the formations of shale rock. These rocks are a mixture of rock and mud, and that is the reason they are called shale. That also explains why the practice of extracting oil from these rocks is called shale mining.

Why does the UK government support shale oil production?

The UK government believes that by extracting gas from shale rocks, it can create jobs and ensure the energy security of the country. Consequently, the government has been encouraging safe exploration of shale rocks.

Hydraulic fracturing or fracking is an unconventional technique used to extract gas from shale rocks. Fracking has been in use for well over 60 years. Some studies have revealed that over 2.5 million wells have so far been fracked all over the world.

The United Kingdom has a strict regulatory mechanism to monitor exploratory activities. The country has been regulating its onshore gas and oil industry for more than 50 years. According to the British Geological Survey, almost 1,300 trillion cubic feet of shale oil and gas is present in the northern part of England.

These estimates have encouraged the government to announce several measures required to enable the drilling of shale oil.

What exactly is meant by shale oil fracking?

Fracking is a method employed to extract oil and gas from shale rock formations. The process is performed by injecting water at extremely high pressure. Gas and oil obtained from shale rocks is the same as gas and oil extracted from ordinary gas fields.

The potential of shale oil and gas

British Geological Survey (BGS) assesses that the total quantity of oil and gas in the Bowland-Hodder shale formations in the northern England area is almost 1,300 trillion cubic feet. However, it is nearly impossible to predict how much oil and gas the country can produce from its shale oil reserves until further explorations are conducted. Drilling companies estimate that they will be able to obtain around 10 percent of these shale oil reserves. The annual gas consumption in the UK is 3 trillion cubic feet. So if these estimates are correct, the country will have shale oil reserves that far exceed its annual consumption.

How safe is shale mining?

The government has a responsibility to ensure the safety of its people and the protection of natural resources and the environment. The UK Government believes that it has adequate regulation in place and hence there is no need to worry about the environmental impacts of shale mining. In 2012, the Royal Society studied the scientific data on shale oil extraction. This review concluded that the environmental risks and health concerns associated with fracking as a means of extracting shale oil can be effectively managed by implementing operational best practices. The UK government has already enforced legislation to ensure this.